Apicella Studio is an architecture and design consultancy founded by Lorenzo Apicella. 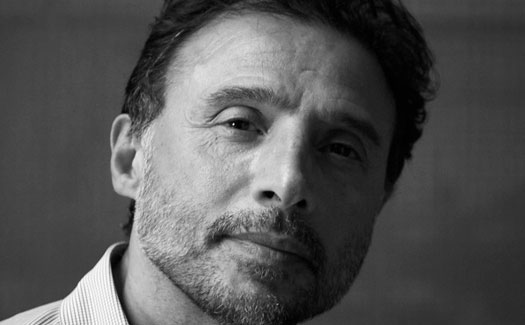 Born in Ravello Italy, Lorenzo Apicella grew up in the UK. He studied architecture at Nottingham University and Canterbury College of Art.

Graduating top of his year in 1981, he joined the US office of Skidmore Owings and Merrill—first as an assistant designer for the 70-storey Allied Bank Plaza in downtown Houston, and later on the concept stages of numerous additional tower projects. That experience led him to further post-graduate studies at the Royal College of Art in London; designing alternatives to Mies van der Rohe’s high rise Mansion House Square project in London for CZWG architects; interior designs for the Diplomatic Club in Riyadh by Frei Otto/Omrania Architects; and international architecture, design and exhibition projects for the communications agency Imagination.

In 1998, after 10 years completing a wide range of award-winning projects ranging from buildings and interiors to exhibitions, event environments, and mobile structures, he merged his studio with Pentagram Design, becoming first a partner/owner of Pentagram London, and subsequently of Pentagram San Francisco. In 2017 he established Apicella Studio.

Lorenzo has chaired numerous RIBA Awards, UK Civic Trust awards, and design competition juries, including the AIA Awards for Southern California in San Diego, the World Architecture Festival Awards in Barcelona, and the ‘Inside Festival’ Awards. He has presented his work at lectures and conferences internationally, has been a visiting lecturer at schools of architecture and design in the UK and US, and has acted as an External Examiner at Oxford Brookes School of Architecture, the School of Design at UCE Birmingham, and the Royal College of Art in London.